Me? I'm a sixties kid from Notting Hill now turning into a grain of light in the hills south-east of Toulouse. After Art School I worked for Welfare State International for two seasons as a film maker/performer before becoming a fireman in West Yorkshire. I re-emerged as an artist in 1982 and went on to have a career with a London gallery.

From time to time I supported my practice by working as a surveyor of unclassified roads, an energy grant inspector, a museum photographer, a caretaker for holiday homes and a bird scarer at RAF Marham.

I broke the pattern by moving to France and since 2015 I have self-published five ebooks, the most recent being What colour was the smoke? a text documentary about the Grenfell Tower Fire Inquiry. 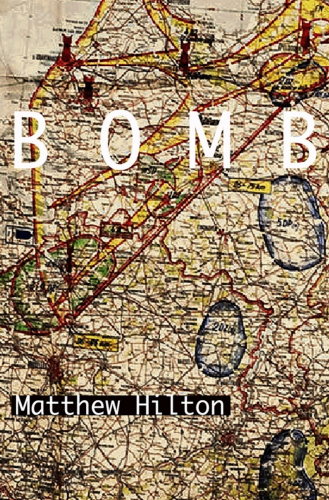 If you are lucky enough to have been alive on November 22 1963 you will remember what you were doing when you heard the news that the President of the United States, John F. Kennedy, had been assassinated. Johny Lightfoot was picking glass out of a ballerina's foot.

Using scientifico politico moments from the story of the British Independent Nuclear Deterrent and the opposition to it, Johny uncovers his life. He crosses other players: Edward Heath - a Prime Minister, Tommy Cooper - a comedian, Hildegard Knef - a film star and Leonard Cheshire - a war hero, whose bearing on the theme of the shadow of Bomb is imaginatively re-constructed. Frequently deeply puzzled or squashed but never definitely beaten Johny smuggles his genetic identity thru the shifts of English culture and invests it just before BOMB ends.

BOMB moves between London and war time Berlin, between remote islands in Scotland and in the Pacific. We visit Japan and New York, with side trips to Australia, Austria and Morocco. The time span is 1933 to 1983. The book is in four parts. (96100 words).